I believe in the adage, “It’s not what you know, it’s who you know.” I have experienced this many times. Case in point, I was invited to the Folkestone Orchestra’s cello concerto last night. I was invited by a couple from Canterbury, the Mr. being the president of the Marlowe Society in Canterbury and a former University of Kent English professor, the Mrs. a cellist in the orchestra. I was “introduced” to them through the English dept. chair at East Tennessee State University. I never actually met him, just spoke on the phone and made connections.

Again, pushing through self-doubt and insecurities, I accepted the invitation. I spoke with Mr and Mrs and they assured me it would be easier to take the bus instead of driving. Apparently parking is of the premium in Folkestone. I have NEVER taken a bus, on my own, while in England. NEVER. I can ferret around underground on the tube with the best of them, no destination is beyond me. Hell, I can drive a freaking stick-shift car, on the wrong side of the road, through the center of LONDON and get to my destination, BUT buses are my arch nemesis.

Apparently the number 16 bus, from Canterbury, went directly to the church in which the concert was in; I was assured it would be a 35 minute , stress free trip. Drew, who lives on the buses in Kent, said he would help me, so it was set. The concert started at 7:30, the bus ride was about 35 minutes, so I went to the bus stop at 6:00. Drew took me to the correct bay and as I purchased my ticket, I was told this bus terminated at the bus station in Folkestone and I would need to get another bus to take me to the church. I panicked a bit, but was assured it would be an easy change so I went with it.

I am a kid a heart. I went to the upper deck and sat in the front window seat. I even crossed my legs to look as if I was chill and not screaming inside as we took corners

and got close to the trees…

****NOTE*** There is an actual bus stop at the end of this video….it is a paver slab in the middle of the trees… I passed a cricket game 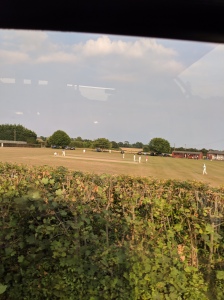 and a pheasant ran out in front and was alomost road kill. Things you don’t see everyday…

I made it to the church, on time, thanks to the reassurance of a teenaged girl and some guidance from a very nice couple. The church was packed and I really think that between me and this girl in a Mega Death T-shirt, we brought the median age down by like 20 years…. 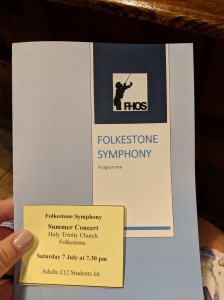 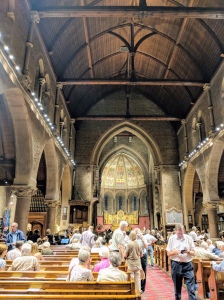 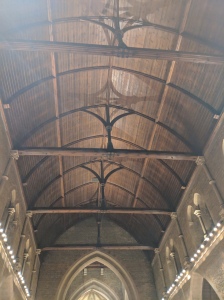 I recorded a snippet of the concert on the down-low…we were told no photography, but you know Americans….we are obnoxious.

It was magical! The acoustics were amazing, the pieces were delightful. I couldn’t believe I was having such a wonderful experience…SCORE!!! (No pun intended) .Mr and Mrs were extremely kind and took me home as they live near by.

What was waiting to happen at home, broke the fairy tale day. The clock stuck midnight…well almost, it was 11:00 ish…

BACK STORY: Earlier in the day, I noticed a breaker must have blown. Lights weren’t turning on, toaster wasn’t working, washer/dryer wouldn’t work. I emailed the home owner, hoping she would tell me where the breaker box was so I could reset it…if it was like home…I still hadn’t had a reply before I left. I mentioned to Mr about the fuse popping and he said he could probably find the breaker box for me. Perfect. Mr and Mrs came in, Mr found the breaker box and switched it off and back on and then all hell broke loose. Apparently there is an alarm system in this house. (After speaking with the security company it hasn’t been used since 2004). The battery back up was old and the alarm was on the breaker that blew. It set off the alarm and there was no way to cut it off. Turning off all the power didn’t do, removing the fuse to the switch the alarm was wired to didn’t do it, the code the security company gave me didn’t do it….It was awful.

I called a 24 hour electrician and was told they would be here in 90 minutes. Mr and Mrs left, looking a bit rattled. I called Drew and asked him to come home (he was out with friends) and we sat in the garden, where the noise wasn’t as bad as it was in the house, and waited. Drew looked at me and said, “Is this something you will laugh about tomorrow?” (Something I have always said to him when something was going wrong and it wasn’t a pleasant experience at the time)….I told him I honestly hoped so….but it didn’t seem possible at that moment.

No cops showed up, I heard the neighbors commenting, but no one showed any concern…

About 12:30pm the electrician came, pulled a wire and charged me $160 for his 5 minutes of work. GEESH! All the magic of the day had vanished. I made Drew and me a cup of tea and some toast and then tried to go to bed.

Karma had a good laugh and I guess today I am too.

The home owner sent these on Monday! 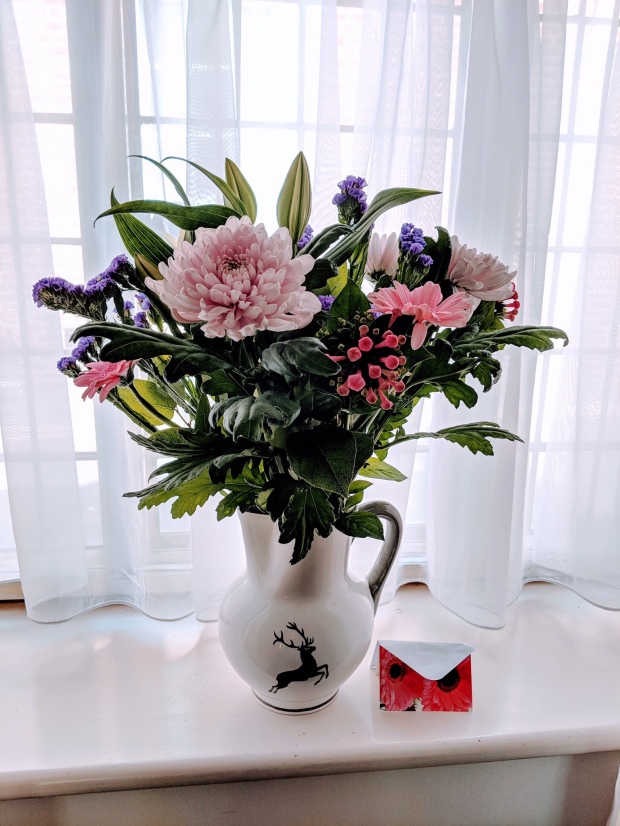 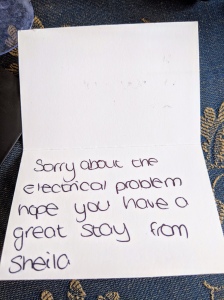 3 thoughts on “KARMA, YOU FICKLE BITCH.” 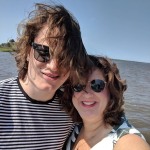 Me and my son, Drew

Back garden of my summer home. 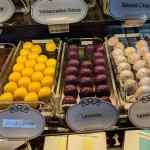 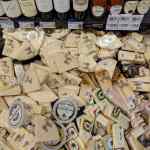 Where I found stuff to do